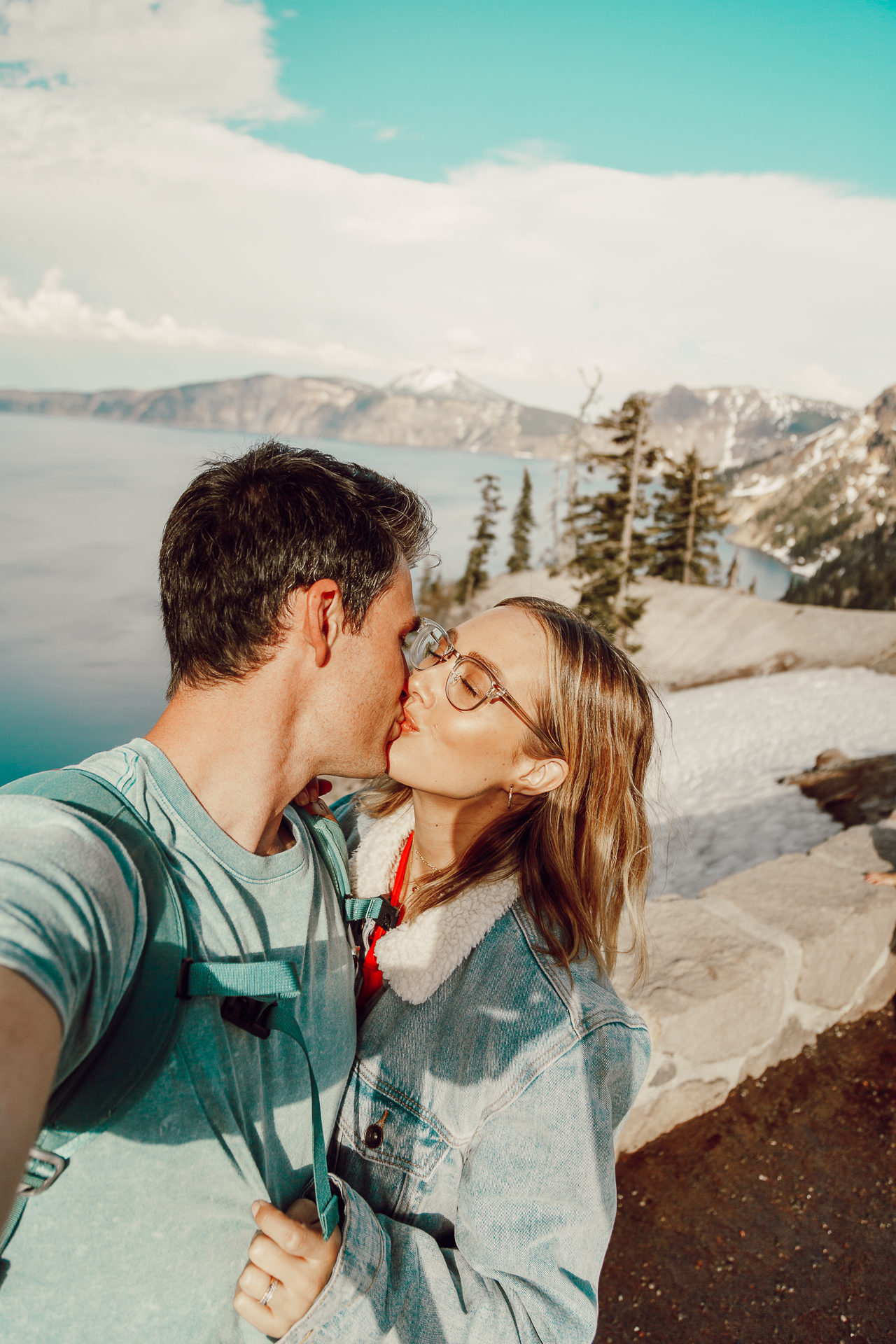 So we’re traveling for 4 months… Now what!?

That was the question we asked ourselves once we decided we were going to travel for the summer. The thought of traveling long term has always been a dream of mine but the execution with a 6 year old & an (almost) 3 year old was going to take a lot of planning. I was up for the challenge though & immediately started brainstorming places we wanted to travel to.

One of the first ideas that popped into my head was a road trip through Oregon, Washington & Canada. I had done it once before but Kannon was a toddler & Adam wasn’t able to join us because of a work project so it would be a new adventure for them. One thing led to another & next thing we knew, we had a 3 week trip in an RV planned! Keep reading for the first part of our summer road trip adventure! 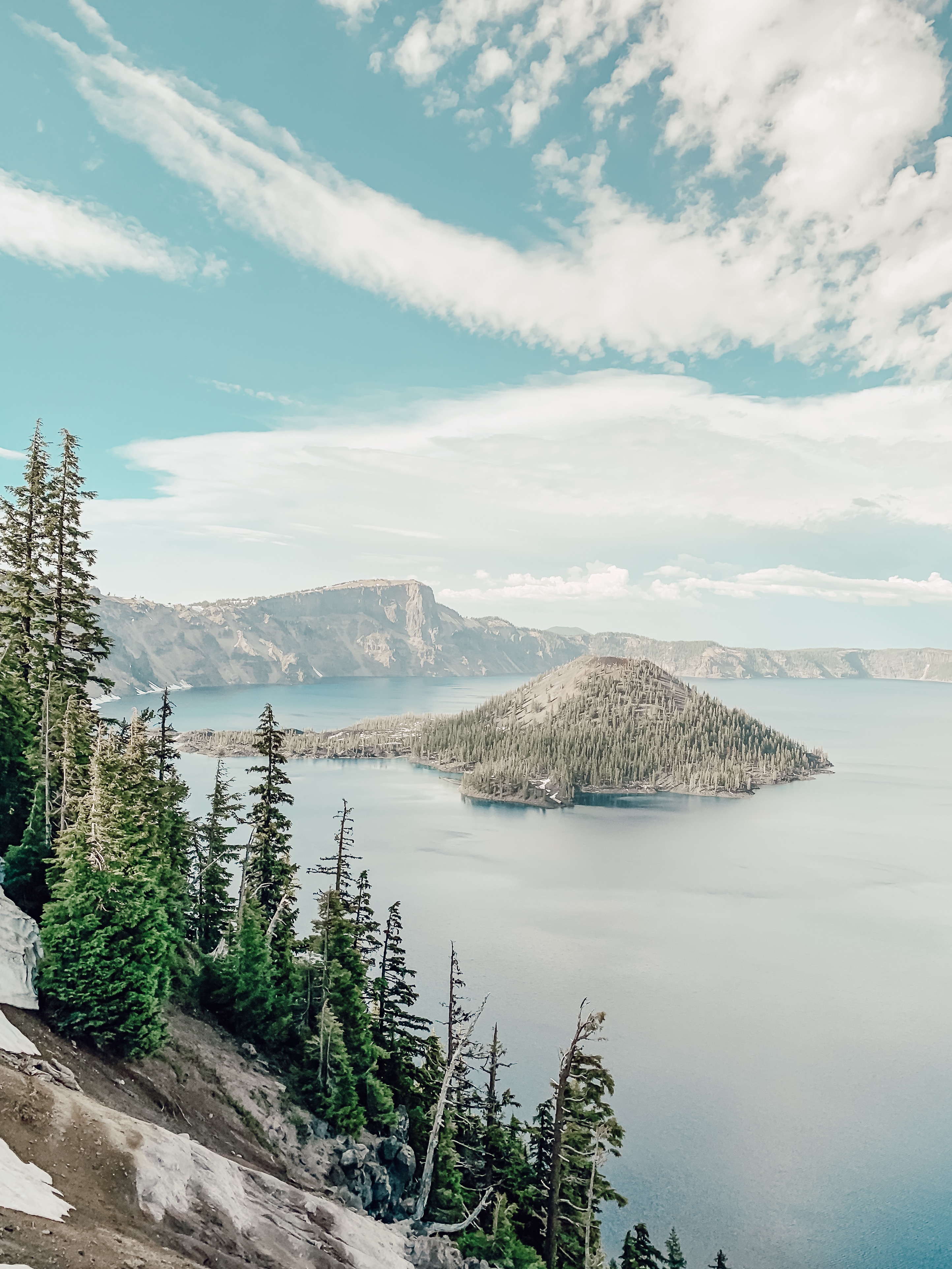 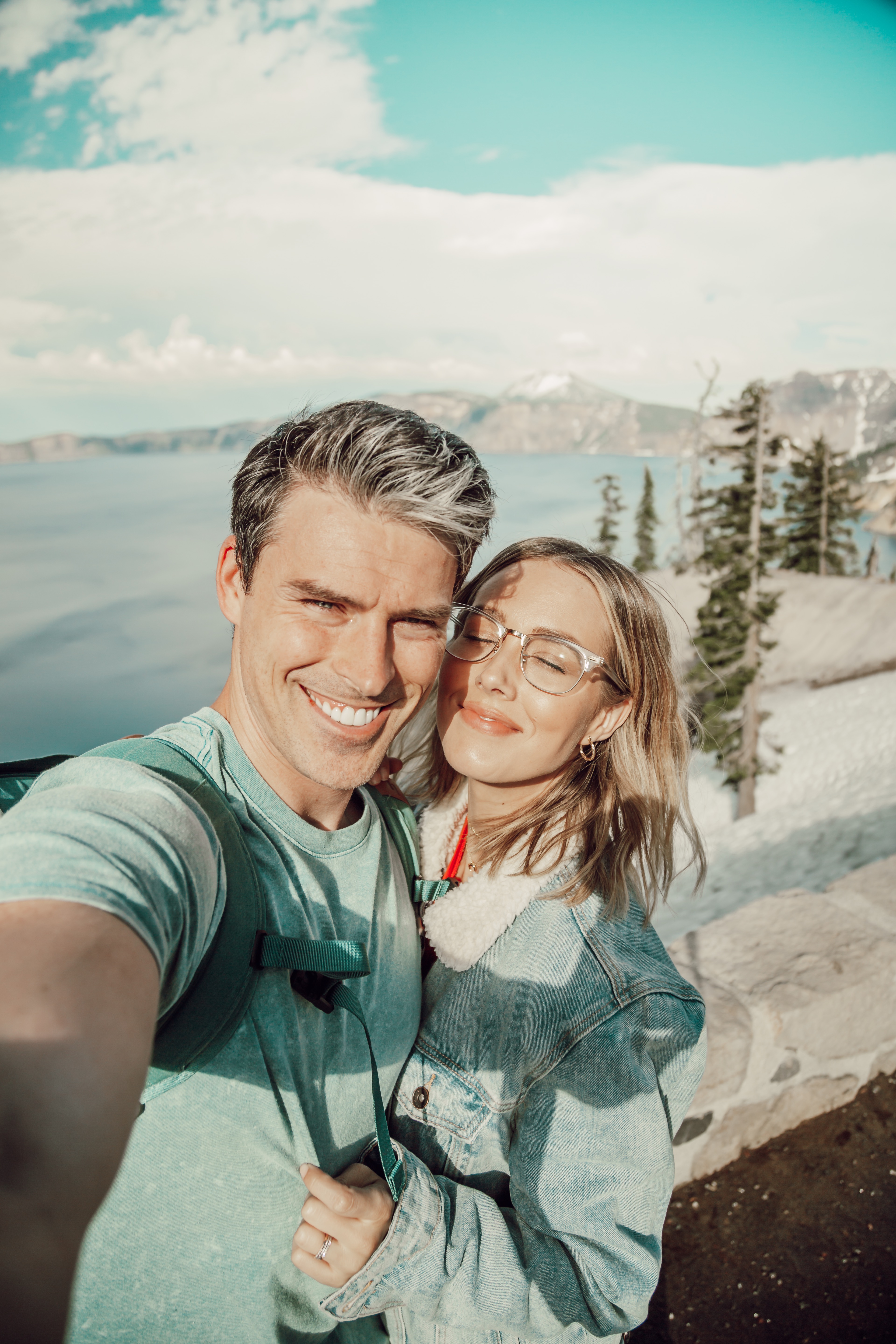 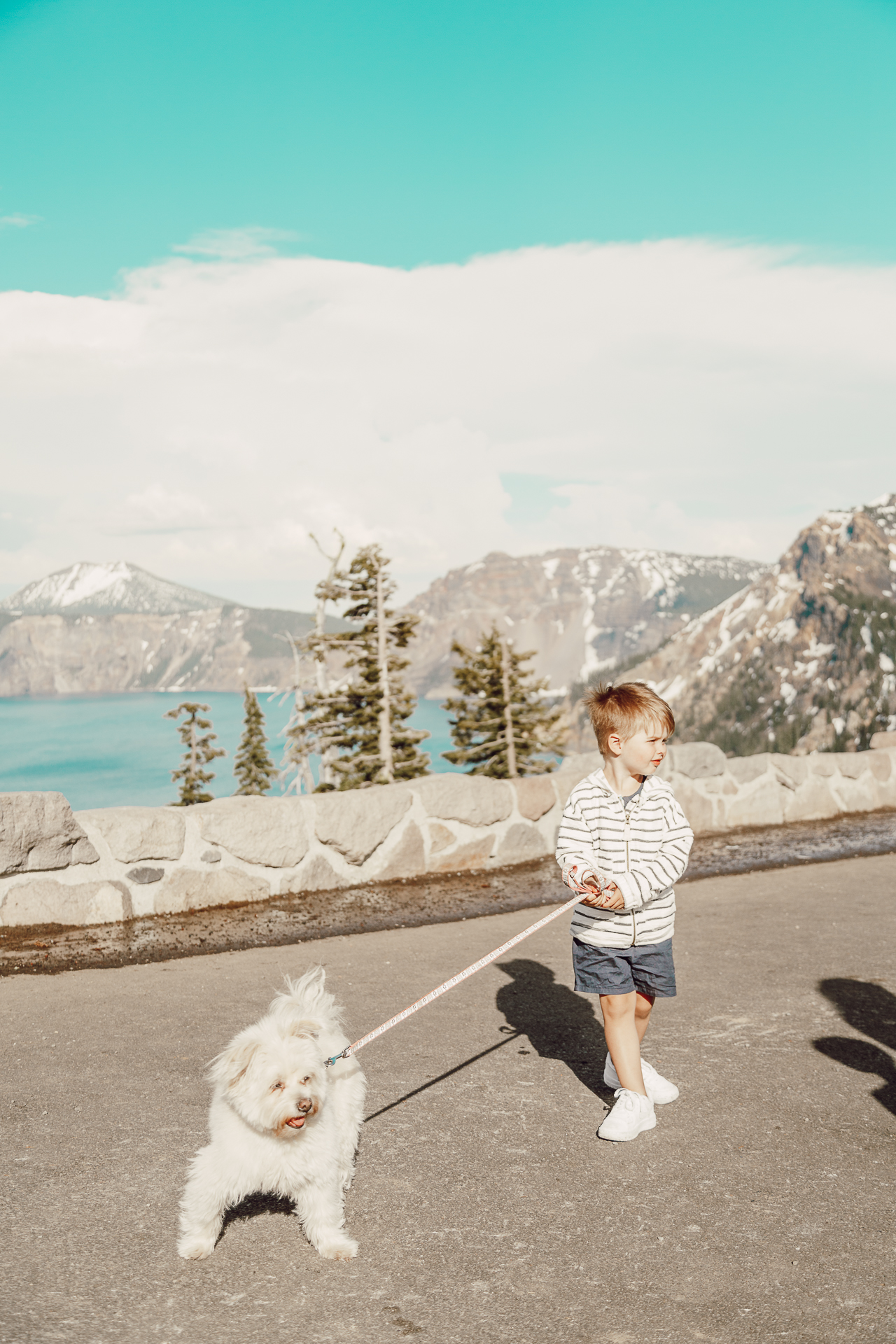 Our first day consisted of driving from the Salt Lake City, Utah area to a small city named Winnemucca in Nevada. We didn’t want to drive the entire way to Crater Lake in one day so we decided to drive halfway & stop to sleep to break up the trip. I’m not going to lie, we slept in a Walmart parking lot that night & while it might sound very odd, it wasn’t bad at all, it was free & actually convenient because we could run into the store for water or any necessities we needed! Apparently, this is a thing for RV life & some Walmarts allow it but some don’t so if you’re looking to stay in a Walmart parking lot, make sure to check with the manager or they might come knocking on your door & make you leave in the middle of the night 🙂

We woke up early (thanks to our sweet boys :)) & decided to get on the road since we still had about a 6-hour drive to Crater Lake. The drive was beautiful & we made plenty of pit stops along the way to let our boys get out, stretch their legs & throw some rocks on the side of the road (which is their favorite activity on road trips). This was our first time to Crater Lake & it was absolutely breathtaking! Photos don’t do it justice because you can’t quite capture the expansiveness of the lake & its surroundings but it truly is a sight to see. If you’re traveling through Oregon, I highly recommend making a stop, even if it’s a quick one, because it’s like nothing I’ve ever seen before.

After exploring for a bit we jumped back in the RV & headed to our campsite. We stayed at Diamond Lake Campground ($24/night) & it was such a beautiful campground! The view of the lake from our RV window was lovely & besides the crazy amounts of mosquitos, it was incredible! We had a couple of major mishaps occur the next day but if you haven’t already, you can watch our vlog from this portion of the trip HERE. Those experiences made for a funny story & a crazy day but honestly, it made the trip that much more memorable & we were just thankful that we were safe. 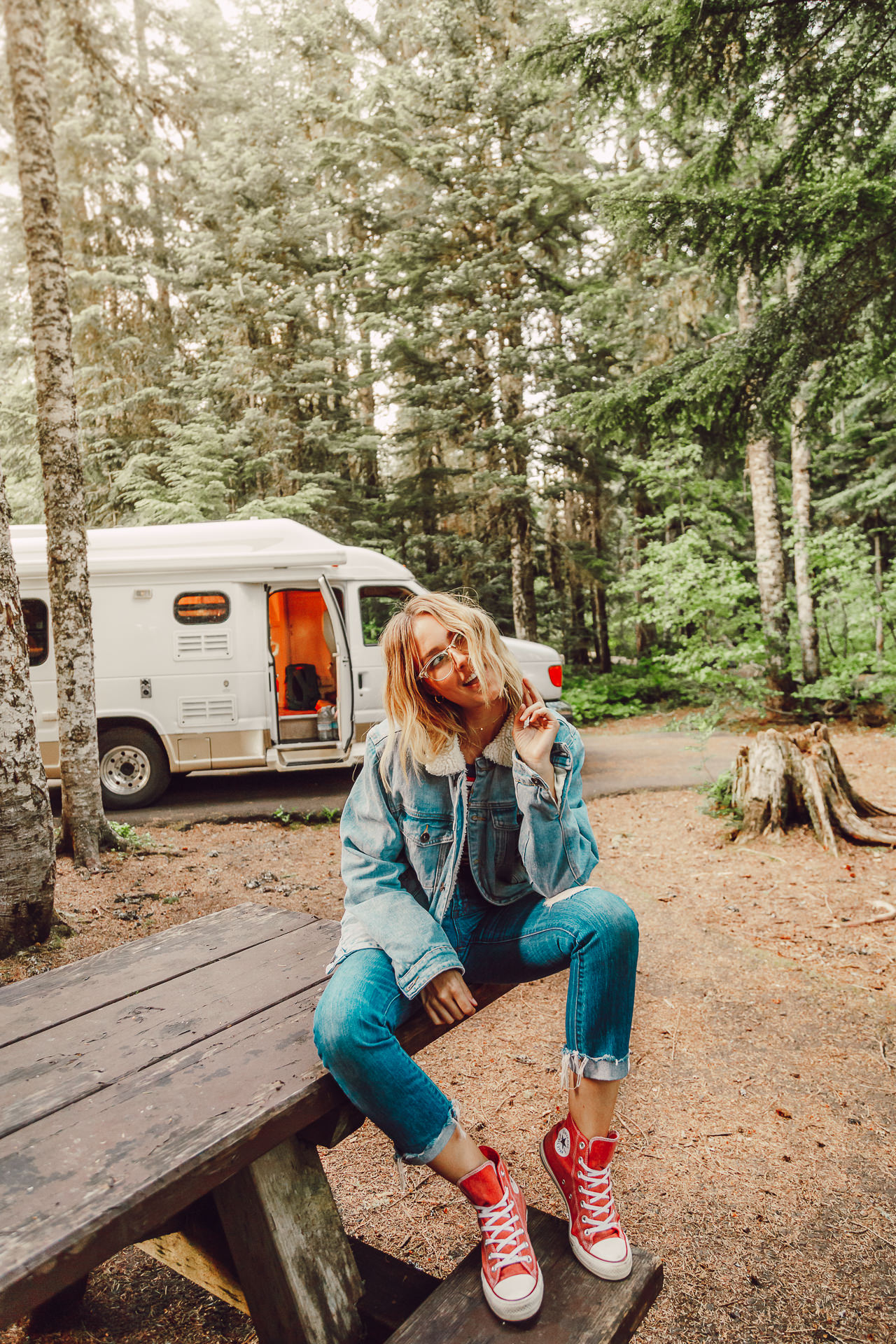 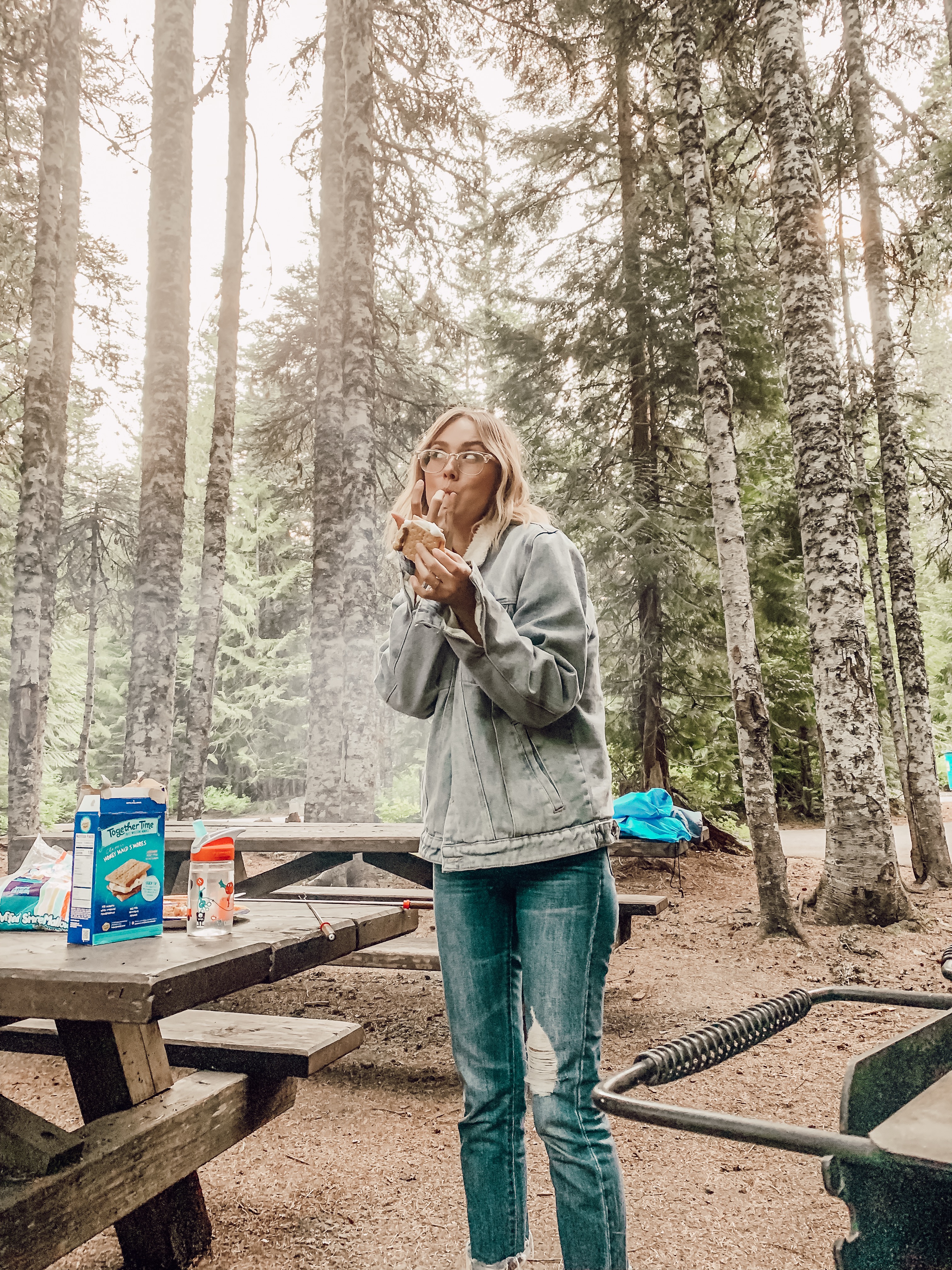 What should have been about a 4 1/2 hour drive turned into a full day because of the crazy tire blowout I was talking about above (video of the day is HERE) BUT those moments are what make the adventure a true adventure & it’s a story that we’ll talk about for years to come. To be honest, I felt really proud of us for figuring the situation out considering we had never changed a flat tire on an RV, we didn’t have any cell service & we were blocking half of the lane of traffic. So all in all, I will take the experience as a win!

Once we finally made it to our campground near Mount Hood, we started a campfire, roasted marshmallows & watched the most beautiful sunset overlooking Trillium Lake & Mount Hood. The woman standing next to us said the sky was the most pink she’s ever seen it & she wasn’t lying, the sky was absolutely breathtaking!

Have you been to Crater Lake &/or Mount Hood before? What’s the most beautiful lake you’ve ever seen?

Author All stories by: